The Whitefield Eruv was inaugurated on 12 December 2013
It is Manchester’s first Eruv covering a whole community.
Approved Kosher by the Manchester Beth Din.

Eruv Status
The Eruv will be checked each Thursday to determine if it is fit  for use on the coming Shabbat.

Status Notification
A set of “traffic lights” on the WHC web site will indicate if the Eruv can be used (see examples below).
It will also appear in the WHC Newsletter.
And there are also plans for people to opt-in to a TXT notification on  their mobile phones.

ERUV NOT IN USE
Last Checked Day Month 00:00

Area Maps of the Eruv – with additional details
CLICK to enlarge 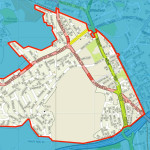 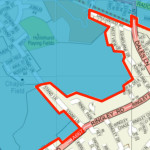 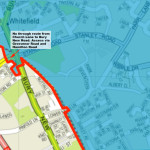 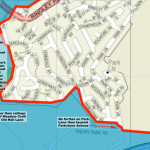 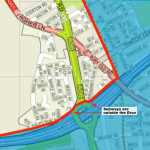 What is an Eruv?

According to Jewish Law, Jews are not allowed to carry on the Sabbath (Saturday) unless they are in a city which is ringed by a clearly defined city wall (e.g, Jerusalem, York, Chester etc). Where there is the absence of a city wall, Jews may only carry if there is a symbolic private domain around them – an Eruv.

The Eruv is generally a mainly invisible and inconspicuous device which uses a combination of natural geographic features (such as railway lines) or man made structures (such as walls and lampposts) to create a boundary or perimeter around a defined area. Where there are no existing useable boundaries, gaps can be filled in by inconspicuous wires or poles, or other appropriate structures.

What does the Eruv enable Jews to carry or do?

About the Whitefield Eruv project

Shabbat is a day set apart by Jewish law from the working week. Family time and spiritual pursuits are emphasised and weekday activities associated with work are prohibited. The Torah forbids carrying in a public domain on the Shabbat.

The Torah however permits carrying within an area that is surrounded by an eruv. An area enclosed by an eruv is considered to be a private domain, and one is permitted to carry objects within that space. This will allow members of the community to come to shul on Shabbat, Festivals and the high holy days according to Halacha.

There are well over 200 eruvim in communities throughout the world and many more in Israel. Most major Jewish communities in North America have one, as do the communities in Europe, Johannesburg, Melbourne and Sydney.

Where is the Whitefield Eruv?

The Whitefield Eruv covers a small area no greater than 2 square kilometres on the Southern edge of Bury, Greater Manchester, United Kingdom.

What are the approximate limits of the Whitefield Eruv?

It extends North to South from the Polyflor plc factory at Leicester Road, running Southbound along the Metro railway line as far as the M60 Motorway as the Southern boundary. It extends West to East from Old Hall Lane on the Western Boundary to Besses o’ th’ Barns Metro station to the East.

How can I find out if the eruv is operating?

Look for the Traffic Lights on the front page of the WHC website.
These will tell you if the Eruv has been checked and whether it is functional or if remedial work is being carried out and its temporarily not functional.

The area identified by Whitefield Hebrew Congregation for its proposed Eruv is only a very small area, not much greater than 2 square kilometres, but it benefits from a large number of natural boundaries such as the Metro railway line on the East perimeter and the M60 Motorway on the Southern perimeter which are intact and can be used without problem. The main element of remedial work will be to build a small number of inconspicuous poles and wires to fill in the boundary.